I'd like to go on record now and say I was absolutely phenomenal at pretty much every subject at school, pretty much every single one oh yes I was.  I was like Jason Schwartzmann in Rushmore. I watched that film and I was all like "the pain of being brilliant! I totally GET IT! Having to keep up with all your extra-curriculars at that young and tender age...having to maintain positive relationships with peers.... whilst dealing with the fact that everything you touch turns to solid gold..." I was misunderstood at school, as it happens. Misunderstood and extremely annoying. I only had friends because I was in a band.

There was one subject I was terrible at (if you don't count PE and Maths, which I don't). 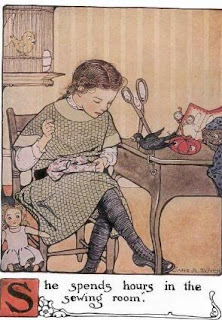 Food Technology was bad enough, but Textiles was my nemesis. What is up with sewing machines? Why hasn't somebody figured out a way to make it easy yet? You have to put the thread up in here, and then wind it down there, and for God's sake, is it all necessary? Can't we just staple that shit together?

I don't think I ever got the thing to work for more than a second before some internal gremlin tied the whole thing into impossible scrunchy-knots and I started screeching bloody murder at it. My best friend (she of the spectacular hen party and wedding cake hat) was useless as well. In the end we just got Lisa Bradley to do all of ours for us. Lisa Bradley's work was immaculate and she did it all three times faster than everybody else, you could see in her FACE she was loving every second, I SWEAR you could, so what was the harm? Everyone wins.

I never learned. The acres of beautifully double-stitched bunting at our wedding? My husband did it all. He's another bloody Lisa Bradley, everything's so neat. I find it infuriating. Mostly because I can't do it. I avoid things I can't do. They make me feel small and humble, like a normal person. Fuck that shit. 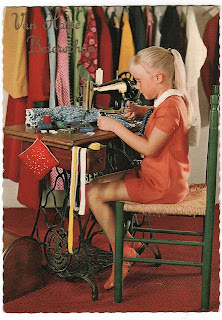 Anyway, in April I took on my six month clothing ban, in the wake of buying Charlene my leather jacket. This has trundled on more or less OK, bar a few covetous looks at other people's pretty things and the one time I strayed into H&M with my guard down. Recently I've started to feel a bit twitchy though, like I might like a new thing to wear. So when my friend Lizzie of awesome hipster clothing line Antiform/fabdabulous studio Remade In Leeds suggested swapping a PT session for a sewing lesson, I punched the air.

Then I remembered that when I sew I am vulnerable. I am weak. Like a tiger with one eye. Or a massive awesome bird of prey with a hurty wing.

So my sewing lesson is today and I am proper bricking myself. I am taking lots of upcycle-able things with me, and an actual sewing machine that Sam bought for five pounds of eBay and is totally shite.