Not ALL of the Sixties. Just the pop music. 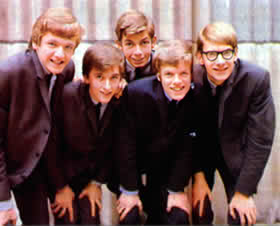 Look at them all with their mop-tops, swinging their pants and singing about their babies "oooh-oooh yeah!". I don't like the Kinks, I don't like the Beatles, and I definitely don't like Build Me Up bloody Buttercup. I don't like semi-acoustic guitars or matching outfits, I don't like trips to India to find yourself (up your bum, in case you were wondering). I don't like psychedelic songs about underwater creatures because, in spite of drug culture influencing a lot of excellent music, LSD is only responsible for making people believe that kid's TV storylines are valid poetry, and that is BAD NEWS. Do you hear about anyone asking for Button Moon to be played at their funeral? Of course you don't. That's because it's silly. 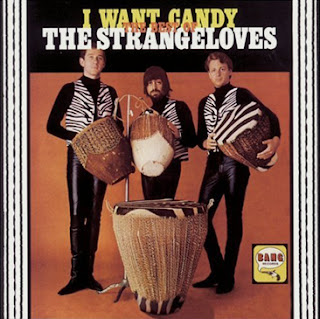 Anyone who was alive in the 60s will tell you it was great. But was it really about the pop music, or was it just about the era? An era of political and social change, of amazing fashion and culture, all blinding people to the fact that Herman's Hermits were absolutely fucking awful? Was it really the greatest era for popular music ever? Really?*

*disclaimer: I may or may not be willingly performing the hits of the Beatles and the Monkees in a twee fashion on a bandstand in a model village this Sunday afternoon. But also the hits of Phil Collins and Lady Gaga. Totally cancels out.