Feet Under The Table

First week done and dusted. I have sent my first ever meeting request, tried to understand the concept of a conference call (they're all on the phone at once! although I'm still not sure how they know who's talking when), have sort of grasped the concept of underwriting although not really and last but not least have finally found an industry that writes in even longer sentences than I do. 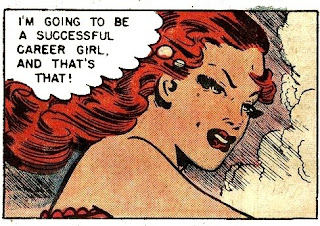 Oh, and that thing I said last week about making things I don't understand sound pretty and no matter the consequence? WELL I quickly got a very angry email about that from a man I was rewriting an article about. Turns out I inverted the entire meaning of the original document, turning his business victory into a business disaster and then posted it all over the intranet. Oops. I'm so glad my supervisor hadn't let me carry out my hilarious suggestion of photoshopping his face onto a background of the Olympic stadium for the article picture. One (wo)man's comedy is (probably) another man's salt in the wound.

The other new girl is still doing my head in, banging on about how the job is a massive pay cut for her and ohhhh London was so much more exciting and she's so tired all the time, and she likes to complain and to talk about herself a lot. But everybody else is super nice, although somebody needs to tell insurance people how to DRESS. Black, white, grey.....that's it. Even nudes and creams are reserved for edgy members of staff. I'm now not sure how far I can push it - are they all just safe dressers? Dress down Friday revealed a style desert - most people didn't look much different to how they look the rest of the week, just with jeans. Surely (providing no serious meetings are afoot) you can risk a splash of colour, providing it's structured and neat?

If anyone wants to start a sweepstake on how long it's going to take me to get a disciplinary on my outfit, maybe start this week.

Bring on the zebra print!
Posted by Penny at 07:00