I recently re-read a fanzine article I wrote ten whole bloody years ago *leans on zimmer frame/wheezes for breath* where I was all indignant and righteous about some poor lass who'd put up a poster for a womens' support workshop on how to start a band. 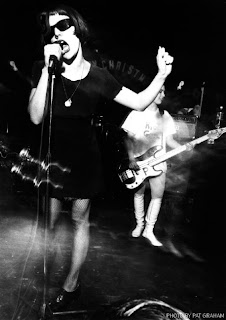 Still. I thought a decade on I might be able to look back on that article and chuckle at my fiery, youthful ways. Maybe reflect on what I have learned since about tolerance to my fellow ladies and their wet blanketness. Possibly I might even admit how nice it would be to gather at such a workshop and pontificate on which way up to hold a bass guitar.

But no, that girl is still a stupid cow, and I would still rather stick plectrums (plectra?) under my eyelids and wrench my own eyeballs from their sockets like tiddlywinks than do such a thing. Just thinking about that poster still makes me want to spit bile. 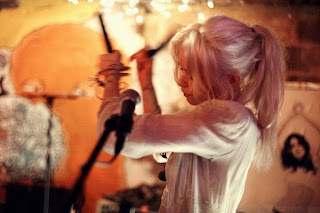 My only real regret is that I aimed my cut & paste vitriol at a specific group of women within the music scene, when really I should have been gunning for Stupid People in general. There are so many of them about, and there always will be. Sigh. Lesson learned.

Anyway, what I DID realise, reading all this back, was how utterly redundant the debate was now, because there are SO many women in music at the moment. There really are. In the last ten years, we've popped up like awesome lady mushrooms. We've gone from being tokenistic to simply being, well, normal. And we don't just sing, and we don't just play bass. We hit drums and we mix, and we play wailing lead guitar, and we create synthesiser soundscapes to blow your tiny mind into the next galaxy. No fanfare to announce our arrival, we simply arrived. Clearly, it just took a few of us to get up off our arses and point out that we'd been doing it all along. 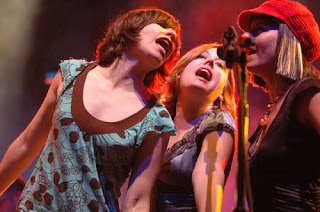 (nb. the first person to suggest that maybe everybody went to that FUCKING workshop gets a fat bunch of fives)