What is it about those "The Measure" and "Hot Or Not" things you get in magazines? They're complete crap but I always read them. Then I get irate about them, because I don't see why anybody should get to say what's hot or not, and isn't that a bit pompous of them, and why should I bloody well listen anyway? Then I start to question my whole existence for ten seconds, before turning the page to read Hoop Of Horror.

Anyway, I'm doing one. Primarily so you can read it and think "why should I care about what's hot or not?" and "what the bleeding hell does she know, anyway?" and then go off and read something that will expand your brain. Go on. Leave now, before it gets ugly. 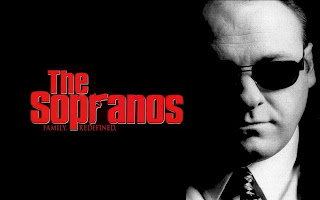 The Sopranos: I can't believe it has taken me until now to start watching this bloody marvellous programme. And now we are only five episodes from the end of the last season (no spoilers!). I don't want it to stop. Is it the best thing that has ever been on television? I can't think of a more consistently excellent drama series. Even the slightly cringey dream sequences have this kind of Lynchian quality that lets me convince myself it's all arty (the big angry dog is his anger....ahhhh). Even when, in the last episode I watched, one character asks the other "what are you thinking?" which is lazy and a cardinal sin of scriptwriting, I shrugged my shoulders and believed it was what the character actually felt. In all honesty, the Sopranos could borrow my best dress and spill red wine on it and I wouldn't care. What on earth will I watch next? It can't be followed. It can't it can't it can't.

m83: Finally going to see them on Friday night. It will be full of hipsters and students. I DON'T EVEN CARE. If you've never heard them before listen to this. It's flimsy and tries very hard to be euphoric and 80s. Yeahhh, lovely stuff.

@thepeopleofleeds: awesome community project based on the @sweden Twitter account, where a different local takes the reins each week to provide a snapshot of life in the city. Excitement- I am taking part in this later in the year. Am going to try very hard not to swear.

Extremely Good Parties: It is now a mere 38 days until the Pen Do! 38 DAYS!!! What are we singing, ladies? 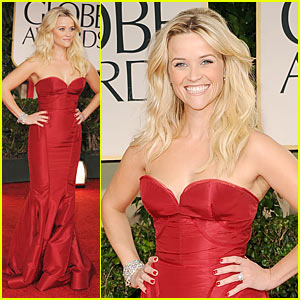 Golden Globes Fashion: the only thing that would have cut through the poofy haired, fish-tailed tedium would have been a sharp-suited lady with a slicked back crop. And it didn't happen. Even Tilda Swinton looked frumpy. More effort required.

De-icing things: Locks, windows, cats, toes. It takes ages and I'd rather have an extra 15 minutes in bed. I have taken to draping my car in skanky, paint spattered rags in an attempt to protect it from the elements (everyone else on the street has one of those nice silver covers from Halfords - oh how the other half live). Bring back global warming.

January Fitness: I've hobbled myself. And it's only 8 weeks til the Harewood 10k. SEND HELP! I have been forced into a position where the only thing I can do with any real gusto is swimming. Which would be fine if I could do anything other than breast-stroke, and badly. I'm also a contact lense wearer so I end up craning my head out of the water so my lenses don't get flipped out by my own pathetic splashing. I tried taking my lenses out on Monday to see if I would swim more effectively, but ended up inadvertently peering at everybody around me. Imagine a mole cast into a pond peering helplessly at the perfectly capable fish swimming past it, as it flounders and eventually drowns. I then got out after five minutes, under the impression I had been swimming for thirty, because I couldn't read the (frankly enormous) clock.

What about you, spuds? Enjoy swimming? Think m83 are overrated tosh?Any idea what I should watch after the Sopranos? Tips on car de-icing? Thanks!
Posted by Penny at 07:00