I told you there would be marmalade, didn't I? It's only four weeks late! 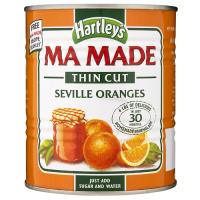 Even if you can take or leave the stuff, I'm telling you NOW my Christmas marmalade will transform you. It will leave you dribbling in the gutter outside my house, pleading for your next hit.

Or you could just make your own.

My secret, after all, is quite simple. Take a cheat's jar of Ma Made (available in most big supermarkets), and then replace the water content with the following: 2:1:1 amaretto:brandy:water. 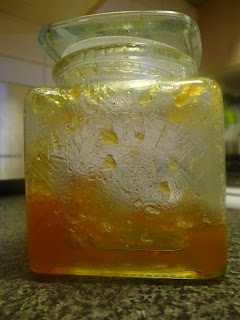 Sam has been mainlining marmalade sandwiches at a rate previously unseen in a non-duffel-coat-wearing-non-bear.
Posted by Penny at 07:00