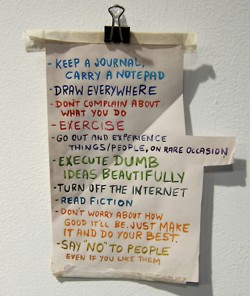 It's not too early to start thinking, is it?

Because I totally failed last year, and I don't want that to happen again.

2011 marked 10 years since the last time I actually sat down in a studio and recorded some music that was just my own. So in December last year I resolved to make another record. I had no  desire to come up with anything earth-shattering or ambitious- I've long since passed the days of wanting my Mum to see me on Top Of The Pops (and I'm fairly sure she has long given up hope). I just wanted to sit down again and make something I was happy with. A whole, finished, musicky Thing.

And then, just 20 hours into 2011, I got engaged. The first half of the year vanished in a puff of smoke - wedding planning took over my brain and any other spare minutes were spent studying for my Pilates qualification and working a tedious, stressful day job. Suddenly we were back from honeymoon, and it was the end of September, the Christmas decorations were going up in the shops, and I hadn't written a note.

Is this what happens when you get older? All those childish dreams seem to get pushed aside by the practicalities of real life, which is lovely and grown-up and everything, but, you know.... It's a shame. There's not as much time for sparkle or rock n roll as there used to be. 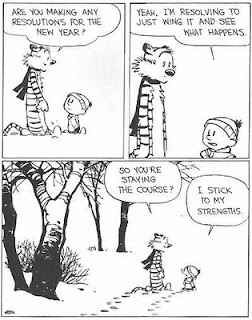 Maybe I just want the moon on a stick.

Actually making a record involves finding somewhere to record and someone patient enough to help me do it. It means painfully building the calluses back up on my fingers, working out where I can hide myself away in a house full of people and cats who like to earwig in and pounce on uncut guitar strings. It involves setting myself up for not being very good at something I used to be OK at. Them's a lot of obstacles right there.

Maybe I set my sights too high last year.

But I still want to do it. 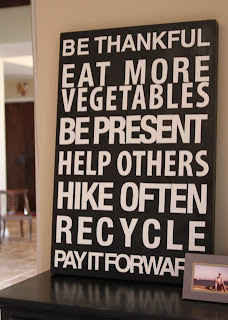 What are your new year's resolutions? Big things or small things?
Posted by Penny at 07:00