Some of the most treasured albums become inextricably linked to the era of your life in which you first heard them. 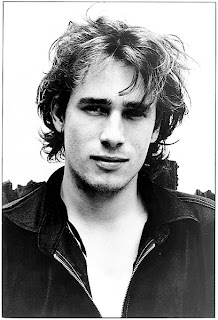 I spent so much time with Jeff Buckley's Grace album on my industry placement year that it became less like a piece of recorded music and more like a companion. It was a massively lonely time for me. I'd broken up with my college boyfriend and was shuttling round King's Heath trying to work out who I was, what I was and where I ultimately belonged. I spent a lot of time in my car, a lot of time on the M1 up to Leeds to play with the band I was in. Nearly all of that time I was listening to this terribly sad, sweet music. 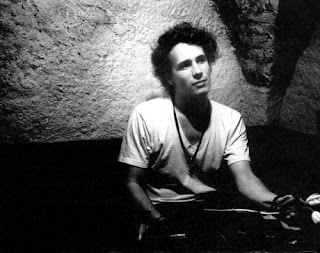 Thing you need to know about me is, I am a long way from a great singer. They wouldn't let me in the school choir I was so bad. After that I sort of.... stopped singing. For years. I used to mime in assemblies. Mime. The thought of anybody hearing me made my stomach flip.

But that year, that all changed. Listening to this album, on tape, on a portable stereo on the passenger seat, there wasn't anybody to listen to me trying desperately to sing alongside  this truly incredible, legendary voice. I raced after Jeff, over his runs, the little flips and tricks, and I couldn't keep up at all. And then, over time, I got better. I got the vibrato, I got the singing-from-the-pit-of-your-stomach, taking it down, bringing it back up...it all started to make some sort of sense. I got confident enough to sing in the band (mostly because nobody else dared). And, anyway. It's where it all started for me.


My favourite anecdote about Jeff Buckley is that, in spite of making this incredible, delicate, timeless music, he spent his last few years mooching round with bands like Nirvana and complaining that he'd much rather be playing in a noisy grunge band and being cool. Just as if. AS IF. No way you could have taught me how to sing all proper if you'd done that, is there Jeff? Aw, look at that beautiful face.
Posted by Penny at 07:00