There are many things I miss about working in the media, but networking isn't one of them. I hated going to industry events where I would inevitably end up standing on my own and smiling blandly, eking out my one free drink and watching all these horrible excuses for people oozing all over each other. These vile sycophants would use nobodies like me as a warm-up lap, prattling on about absolutely nothing while they frantically scanned the room over my shoulder for somebody more important. Eventually (thankfully) they would spot somebody who they thought could get them somewhere, whereupon they would make their excuses and rush off to hover like wasps around a particularly fondant-heavy birthday cake. Ick. The sad thing is that these people are all still working in the industry, while judgemental crones like me are left curdling in our own bitterness.


Thinking about it, it maybe wasn't the networking I hated so much as the networkers. 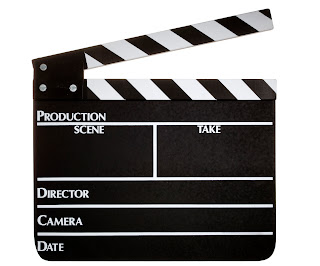 Anyway, what you may or may not know about me, is that I do still script edit short films, very occasionally. And a couple of times I've been invited to the premieres of theses films. But I haven't gone, because I would only really be there to network, wouldn't I? And because I'm a people-hating curmudgeon, and also because I'm a little bit shy. This was OK for the five minutes that I was a WRITER of these sorts of films, because writers are expected to be introverted and quirky. But not script editors. Script editors are supposed to try to be everybody's best friend at all times. This is not a skill I have in spades.

However, I have been invited to a premiere in Manchester in a couple of weeks. For a film I worked on, ages ago. This time, I sort of feel like I should go. Mainly because I'm starting to think that's it's a shame not to, but also because I'm not really sure I have anything to prove with the media anymore. And because I'm old, and because I don't care.

Do you think I should go?How will I cope in a room full of people I don't know? Should I see the film, neck my free drink and run?

How do you cope in social situations where you don't know anybody?
Posted by Penny at 07:00