I'm sure half of Leeds is relieved to see that the celebrity death rumour concerning Richard Bacon (started by a drunk man from Wakefield in the early hours of April 1st)  was proven unfounded by the new C4 series Hidden Talent which started on Tuesday night. Bacon's alive!

This programme is appealing to me on many levels. I like feelgood TV, and I like the idea that there are superhero-level powers lying dormant in nurses and bridal boutique owners (etc) across the nation. I also like the fact that you can take the all the talent tests yourself on the Channel 4 website, although having watched the TV programme and failed to spot the thief in the FBI-monitored line-up, and being fairly confident I would faint if you even said the words "cliff edge" to me, I didn't bother taking this week's lie detecting/rock climbing aptitude tests. 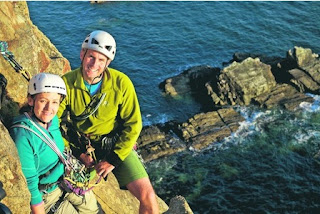 image source
I like the idea that I might be good at something else later on in the series though. Let's hope Incessant And Pointless Blogging is coming up soon.

I am now racking my brains to think of something amazing that I'm secretly good at, but there really isn't anything much that I don't already test everybody's patience with. I suppose my handwriting is quite nice, but only when I can be bothered. I bet you've got a hidden talent though, go on, what is it? Origami, unicycling, that funny cup stacking game I keep seeing everywhere?

Come on, STOP HIDING YOUR LAMP UNDER A BOWL!

Side note: Celebrity Death Rumour is a great name for a band. Anybody want in?
Posted by Penny at 07:00