The Who's Who Of Pen Do

Before I start to come over like a total weirdo about all this, I'd like to point out that I am actually quite nervous, as is Laura - also a Northern blogger who hasn't really met anybody yet and requested this post so she can work out where she knows everybody from. BUT everyone else has met everyone else. At least once. So we are assuming the likelihood of them all being psychopaths is fairly small (based on the assumption that if one of them was a psychopath, the others would have tactically walked away by now, and also that it's not the 90s anymore and meeting people off the internet is, you know, okay).

Anna K and Aisling from Any Other Wedding. It's kind of their fault that this is happening at all, in many ways. Their brilliant blog is almost bigger than God by now, and fosters a lovely community of very smart women (and is also barely about weddings anymore - rebrand upcoming). I also lay sole responsibility of the "Pen Do" tag at Anna's feet. I don't normally go around naming occasions after myself, really. Honourable mention to the third in their holy trinity Clare who is currently living in Kuala Lumpur with her beautiful 2 month old daughter Emmi. Very much with us in spirit, and a great reason to do it all again next time she's back in the UK.

Rebecca from Florence Finds. That's the immaculate website I spout my music drivel on once a month. I met Rebecca last weekend, and she's even more stylish than I imagined - I'm not quite sure how that's possible, but she is.

Gemma who is the editor and behind the scenes whizzkid for Florence Finds and also sole proprietor of The Prettiest Hobo (which she hardly ever updates, more's the pity, as she is an excellent writer). There are many reasons why Gemma rocks, some of which include wanting to open a cafe/record shop called Shoegazers, having an indie crush on Ryan Adams and generally being as much of a music geek as me (always gets brownie points).

Lucy of Lucy Stendall Photography. A ridiculously talented lady who has made the beautifully poetic transition from divorce lawyer to wedding photographer. Please go and look at her website -she's quite amazing. I have briefly met Lucy before, and I can now confirm Anna's theory that Lucy lives her life with a perpetual Sunday afternoon flare (wouldn't that be nice?)

Kirsty of A Safe Mooring. Kirsty is a blogging inspiration, basically. She is a super-styling, hilariously funny Scot who writes about everything from fake ponytails to knitting with cat hair, all astoundingly well. I could read her all day long.

Amy of Field and Fallow. Our resident mad hatter, Amy's big ambition is to be chief milliner to Lady Gaga. She is hilarious and brilliant, and -people- she can weld. I think it's Amy I'm going to have to fight for the karaoke mic on Saturday - she already has a list of must-sings.

Rach aka Rachbakes. Rach's reputation as a creator of mouth-watering cakes precedes her. I might have to kidnap her and put her in my kitchen to bake for us this weekend, as I'm not sure they will have a suitable oven in their hotel room. Rach is not only a brilliant baker, she also has a penchant for dressing up as a Rubik's Cube. And we all know how much kudos I give people who make an effort with fancy dress.

Bex of Olive Dragonfly. Lovely chatty Bex! I think Bex might blog even more than I do, which is quite an achievement. She's also extremely good at crafting awesome stuff, so I may have to bring Sam out to take notes.

and last but definitely not least

Laura of A Parliament Of Owls. Fellow Leeds resident and bookworm, I cannot believe it has taken us this long to meet.... (that isn't meant to sound ominous, but it sort of does, so sorry about that).

Even if I'm not seeing you this weekend, hopefully you'll find some awesome reading material in the links. Only 36 hours to go.... 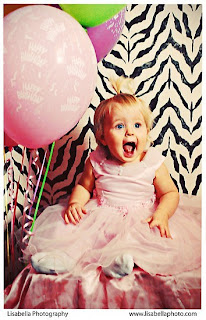 image source
Posted by Penny at 07:00