The Goldfish & The Television

I'm sure having the attention span of a gnat has some sort of positive repercussions, but I don't know what they are.

These are just a few of the TV series I have written off because I got bored of them: 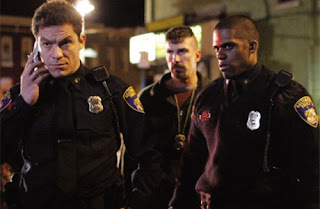 image source
The Wire
To be fair, I watched the whole of the first season, which is positively tenacious for me. I was still like "EH?" I can't understand a word they're saying, and there doesn't appear to be a plot. Even though I know there MUST be, seeing as everyone else in the world thinks it's the best TV drama ever made. Can you hear that whistle? That's the air moving as The Wire sails 1,839 miles over my head. 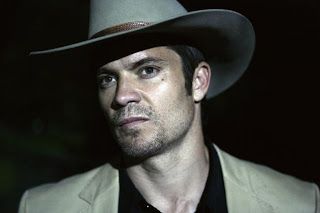 image source
Justified
It has all the hallmarks of being something I would love - bad-ass maverick lead character, crime, violence, intrigue etc. Was expecting the next The Shield (which is uh-mazing). Brain failed to engage, and I dumped it after the third episode. Sam is still avidly watching it, and says it's great. 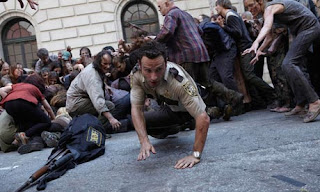 image source
The Walking Dead
This was great for the first series. Sadly it waned for exactly the same reason as the comics - because the characters are wooden and indistinguishable from each other. You might as well have a set of clothes pegs sitting around feeling sad about the end of the world. There aren't even that many zombie killings to make it fun anymore. Boo. 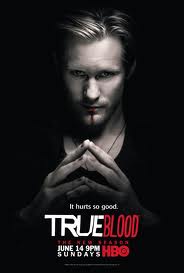 image source
True Blood
You're WRONG. I concede that the first two series were brilliant, but then it went all daft and Games Workshop. Even sexy Eric couldn't save it for me. Next! 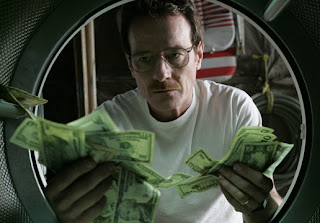 image source
Breaking Bad
NOW. This one has forced me to question my impatience. We watched Breaking Bad before I'd heard anything about it, and I (again) got bored after three episodes and canned it. Sam watched the rest and loved it, and I've since had endless recommendations, with Briony finally persuading me to give it another chance. I picked it up again at episode 4, and it's been relentlessly brilliant ever since. The premise is admittedly great: terminally ill chemistry teacher uses his skills to pay the medical bills, cooks up some meth, and so begins a horrifying downward spiral into tragedy of Shakespearian proportions. There are some great performances, gut-wrenching storylines and some deft comedic touches - it was just a slow burn to start. I'm still only at the start of series three too, so there's plenty more to come.

I can't believe I nearly walked away from this one. It's made me wonder -what else have I been missing? I also didn't last the full series of Boardwalk Empire, Rubicon confused me, and PLEASE don't get me started on Lost....
Posted by Penny at 07:00