I wish I'd kept a record of every gig I've ever been to. I always find myself forgetting which bands I've actually seen live, mis-remembering the venue or who I was there with. I don't think it's old age either, it's just Penny Brain not being able to contain the best part of two decades of incessant band-watching. 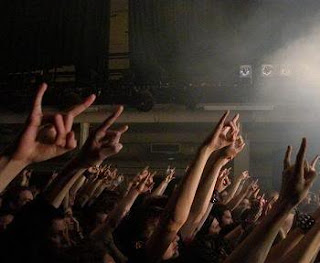 Some gigs, however, are truly lodged in my consciousness. Being alone in the crowd for Mogwai at Reading '98, watching Tim Harrington climb the sweaty walls when Les Savy Fav played the Packhorse on a scorching night in 2000, then falling in love with heavy metal whilst working the bar during Slayer's gig at Rock City the very same summer. More recently I've marvelled at the showmanship of Chromeo at the Manchester Academy and bounced around with sheer joy to Phoenix at the Secret Garden Party. Some gigs stay memorable because of the fame the bands go on to achieve, some because I loved the band so much and bellowed out every word of every song, some performances changed the way I thought about music, sometimes the gig was a soundtrack to a significant moment in my life.

Other gigs I remember because I just do. 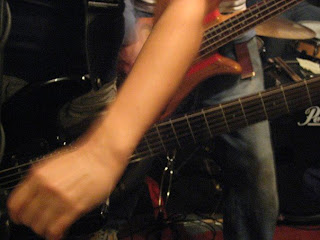 Tatako rocking out at the Castle Hotel

One of those gigs was Mates Of State, a indie pop husband and wife duo who I saw in the top room of the Cardigan Arms in 2003. The room was packed, and the band got most of us to sit down on the floor so everyone could actually see. It was a real hippy vibe with everyone cross-legged and singing along, the songs were so happy and Kori was pregnant at the time, which seemed to add to the fluffiness of the whole experience. I can honestly say I've never experienced anything like it before or since. Which is a shame, as it was very nice to park my bum and not have to stare at the back of a tall man's head for two hours.

What could be better for a first dance than a song written by a husband and wife? The tone and sentiment of this song is spot on:


However I much prefer this one, from their first album. It might not be first dance material, but it's my favourite. Listen to it, go on, it will make you go silly and happy inside:


Mates Of State are still going strong, and released their seventh studio album "Mountaintops" last year. They've now got two daughters, and Kori writes about her exploits as a rock star mom on her blog "Band On The Diaper Run". Gives me hope that you can have a family and still be in a rocking band. One day, one day.

On that note I must say a big welcome to the first Sausage baby (henceforth known as Chipolatas), Francesca Marie Wolfe, who entered the world on Wednesday afternoon. We could do with a percussionist, so we're hoping she's a fast learner.

What are your most memorable gigs?
Posted by Penny at 07:00