What's In A Name?

So, do you change your name when you get married, or not?

Most of my friends have.

Some have double-barrelled, and some - AKA my fabulous friend Suzy - have left the it up in the air, cultivating a mysterious air of will-she-won't-she, only slowly beginning the process of switching 18 months after the wedding. One former colleague changed his surname to his new wife's (how awesome?)

As for me, I proudly announced to everyone that I was definitely going to change my name. After all, who wouldn't want to be a Smyth? Being a Smyth has cachet. My husband's family are like the coolest gang in school, being asked to become a Smyth is like ....well, it's like being asked to join the Ramones. They call each other by their surname, they have a "secret dance" (yes, and no I can't, it's a secret), they look out for each other with fearsome loyalty, and they dominate every room they walk into. They are BAD-ASS. 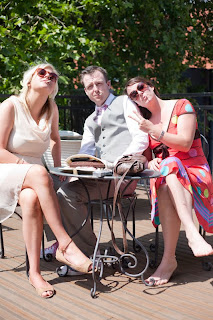 I know smoking is NOT cool. But LOOK AT THEM. And this is only three of them. There are MILLIONS more.

But then, three days before the wedding, I was driving home from the gym, and suddenly -

SHIT. It all hit me.

My name has been my name for thirty years.

What's more, I am the last B___r in our family line. I am out on my own. My Mum has re-married, step-siblings all have different surnames, my Uncle has sadly passed on having had no children of his own... it's just me and my Dad flying the flag. AND I LIKE THAT. Suddenly I realised, by the traffic lights at McDonalds, that I don't mind if all my kids are Smyths and I'm not. I genuinely like being the odd one out. I like being the maverick. I like being Braz-Face. 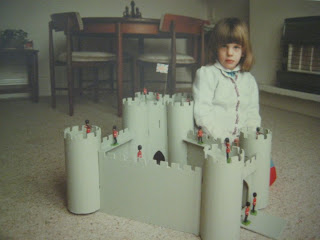 So I went home and made Sam promise to keep calling me Braz, even if I did change my name to his. And that sort of felt okay. Sort of.

And then we got married, three days later, and it still felt sort of fine. Sort of.

So we went home and I changed my name on Facebook.

My slightly hung over Maid of Honour came round to our house the next day and logged on to the good old FB and BURST INTO TEARS because (slightly dramatic but still) I wasn't me anymore. She said later that there was this sense of grief... this passing over of her little Braz into the gigantic Smyth Clan, that she just didn't like. And I must admit, it was a similar discomfort as the one I had felt at the traffic lights at McD's just days before.

Well. Luckily we are honeymooning in the USA so I can't do a right lot about changing my name anywhere other than on Facebook at the moment - passport control being rigid as it is over there. Which is nice, and it keeps the in-laws quiet for the time being. And I am hopeful it will give me time to warm up to the idea of changing my name again. Maybe by mid-September, when we get back, I'll be ready to do it, and all this will seem like a silly wobble.

But whatever I decide, in my heart I will always be P-Braz. 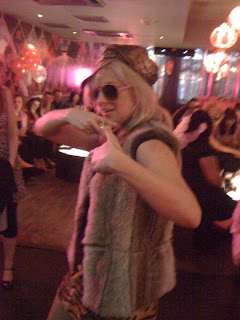 P-Braz rocking her hen night wearing a tiger print hat, in a karaoke bar, having simultaneously performed both Warren G AND Nate Dogg's parts in Regulate to AWESOME effect. Seriously, I had to help them put the roof back on the building afterwards.

And NO, as good as it will look on my bank card, I will never be Penelope B____r-Smyth (yes I am a Penelope, yes it is pronounced Smythe, and yes I KNOW!). Simply because I can't ski for shit, I've never worn jodphurs and I drink my tea out of a mug.