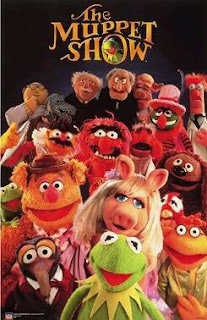 I vividly remember watching Debbie Harry on the Muppet Show. Not because she was a style and music icon whose footsteps I longed to follow in, but because she stood in a barnyard and sang One Way Or Another as Muppets popped in and out of stable doors, endlessly startling her. My 3 year old self must have loved it, as it remains embedded in my brain as a sequence of untouchable comic genius.

A fascination with Jim Henson and his creations was born, and continued throughout my childhood. By day I would churn out reams of cock-eyed drawings I hoped would eventually lead to me being declared a creative prodigy and shipped toute-suite to the Creature Workshop to bring my monsters to life. By night (when this, predictably, hadn't happened) I would huddle beneath my Fraggle Rock duvet cover and recite the script for the Labyrinth word for word until I fell asleep (normally just after the bit with the tiny blue worm, which I think we can all agree is the best bit). 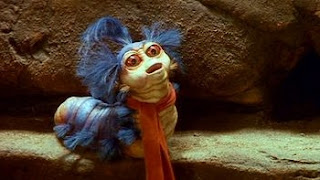 When we were in New York for our honeymoon last year, we took a trip out to Astoria to the stunning Museum Of The Moving Image specifically to see the temporary Jim Henson exhibition. It was amazing - loads of original puppets and sketches for characters, all the stories behind how everything came to be, and tons about Henson himself, his life and philosophies.

I'm sure you don't need me to tell you that Jim Henson was a bit of a hippy, although I never realised how much. Did you know that the Fraggles were created  in order to demonstrate a number of different races living together in harmony, and to encourage respect for the environment? I just thought they were about the crazy hair and brilliant songs. 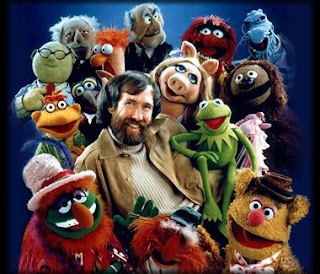 Watching back a lot of Henson's work as an adult, the message now seems obvious. There's a lot of love-thy-neighbour and appreciation of life and nature, but also an earthy realism about life, the tough bits and how to handle them.It's what we should be teaching kids really, and he did it so seamlessly that it never felt preachy. His message was always love, hope and tolerance. Ladles and jellyspoons, what better way to start a marriage?

And so, to the First Dance.

Henson didn't actually write this one (composers Kenneth Ascher and Paul Williams did), but he performed it endlessly as Kermit, and it's one of the most well known and respected - receiving an Oscar nomination in 1980. There have been countless covers - the Carpenters, Willie Nelson and most recently Weezer and Paramore's Hayley Williams recorded a version in anticipation of the imminent Muppets Movie. But here's the one that I remember:

If you ask me, she still looks a bit shaken from that whole stable-door business.

OK so it might be a little saccharine for a British wedding, and there's no hope of this song ever being tongue in cheek- it's far too sincere. But maybe, just maybe, somewhere in the world two Henson fans are having their first dance to this. I'd like to think so. That or Dance Magic Dance, anyway.

If you're as much of a fan of Henson's tree hugging as I am, you might be interested in this little book that I found in the museum gift shop. It a cornucopia of Hensonisms.

"Life's like a movie, write your own ending. Keep believing, keep pretending."

Ain't that the truth.