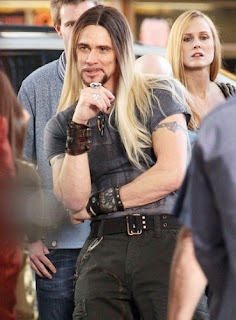 My sister-in-law dated a magician once. She met him at a party, he correctly guessed her chosen card, then when he gave it back to her it had his phone number on it. How smooth is that? Better yet - when she said she wanted a Tiffany necklace for her birthday, he made her a necklace with a picture of Tiffany off Eastenders on it. AND he had a cat called Harrison Ford. He was ace. She dumped him in the end because he was too much like her brother.

Burt Wonderstone isn't out until next year, but I'm still allowed to get excited about it. It's got Steve Buscemi in it and Jim Carrey (who I've recently decided to like, after years of being irritated by him), and it's about rival Vegas magicians. And luscious flowing manes! What more do you need?? 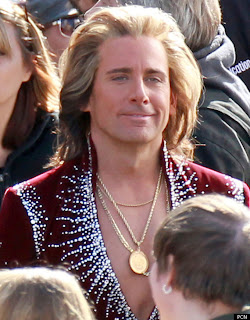 Steve Carrell in the title role

Better yet the main screenwriter is John Francis Daley, a name that may mean nothing to you, but take a look at him in his youth and it may jog your memory.... 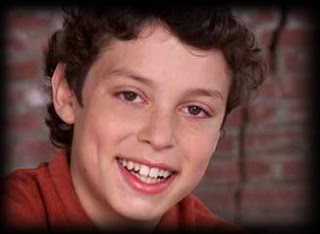 It's Sam from Freaks and Geeks!! Which not only happens to be my favourite EVER TV programme (yes, even better than the Sopranos, actually, now I think about it, fairweather WHAT), but also appears to be an endless springboard for talent. Jason "his royal hotness" Segel, Seth Rogen, James De-lovely-Franco and my secret weird crush Martin Starr.... it's like it was some kind of training camp for cult actors and comedy writers, and, ummm,  also celebrities who I fancy. This is quite the compliment as I don't fancy anyone else famous AT ALL. Apart from John Cusack circa Grosse Point Blank. And Sam from Dugong.

I'll say it again, if you have never seen this programme, get the box set and settle in for the weekend. It's set in 1981 in an American high school, the soundtrack is amazing (first episode kicks off with John Bonham dying and resultant student mourning), and I promise you will love every single character, even the bully Alan, who is quite repellent.