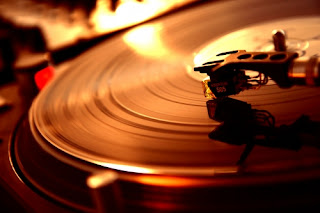 I hated dance music for nearly an entire decade. Once the childish infatuation with Technotronic had waned and I started listening to the Evening Session, that was it. From 1994 until 2003, if it didn't have a guitar in it, it could fuck off. Perhaps it was my schooling in "proper" instruments that lead me to be incredibly snobby anything machine-made. Or maybe it was the state of dance in the late 90s that put me off. It was the era of the superclubs - house was superpolished, and the people who listened to it were superpolished too. The trendy, popular people. That wasn't me, and I didn't want any part of it.

I was the ripe old age of 22 when I first went to Sankey's Soap in Manchester, saw Erick Morillo, heard him play Michael Jackson's Billy Jean at the climax of his set and started to change my mind. I saw that making music with turntables and software wasn't a limitation. It actually opened up a world of possibilities. Not all of those possibilities had to be bleepy-bloopy ones.

I got on the decks for the first time that year later, drunk, at a friends' house party. Mixed Basement Jaxx into the middle of Duran Duran without any clue what I was doing (other than picking the records). Somehow one song morphed into the other seamlessly without me doing a great deal at all. THEN a bit of fluff got stuck on the needle and made it sound like I was scratching. It all sounded unintentionally awesome.  I got so much praise heaped on me ("we knew you'd be amazing! you're just so musical!"), I was too embarrassed to admit it was all an almighty fluke, and never got back up for fear that everybody would see how rubbish I really was. That was it for me and turntables. I brushed it all under the carpet of shame. 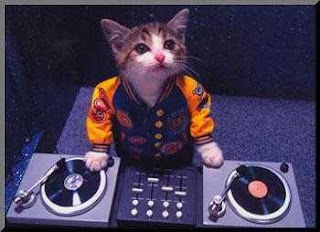 I am better at this than Penny. And I don't have opposable thumbs.
Since then my interest in electronic music has grown with the trends (unlike contemporary rock or indie music, which I don't have a clue about), but I still haven't properly DJed. I'm nearly always in charge of playlists at parties, but I wouldn't have the foggiest what to do with two turntables, even though I know in my head how I'd make it all sound. I've been on a music production course, using Logic, but find the endless possibilities of starting with a blank screen and a bank of a squillion noises somewhat overwhelming. I prefer the idea of playing to a crowd, reading what people want, being the one who hunts down the coolest old edits and then launches them at the perfect moment. I want to loop a familiar hook round and round, tormenting people with it. That sounds like fun to me. 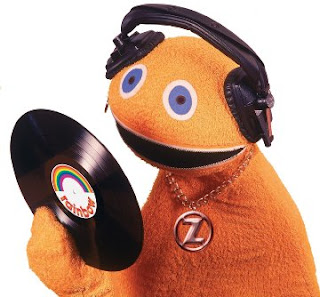 Mwahaha, you must all wait for me to drop the bass!
Anyway, in the spirit of yesterday's Let's Get Creative post, I've signed up on a part time course to learn (at last!) the basics of DJing. No fluff on the needle this time. Who knows, maybe one day I'll be the cool wedding DJ guaranteed to fill the floor....
Posted by Penny at 07:34