For The Love of the Sausages 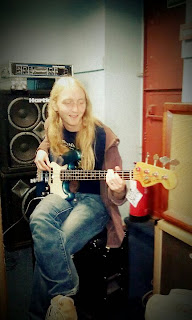 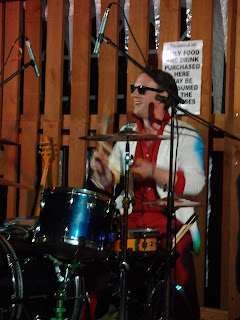 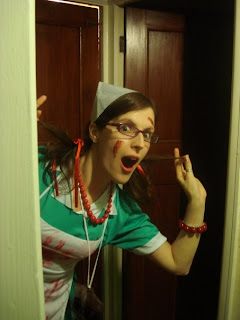 and the self-proclaimed Awesome Motherfucker. 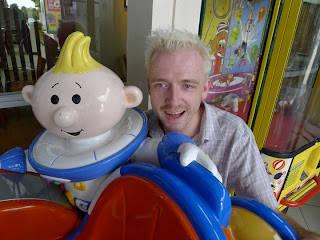 These are the Sausages.

It doesn't matter how much of a shitty a day I've had,  how eye-pullingly tired I am, or how much I just want to sit in front of the TV and vegitate to Britain's Next Top Model. Going to Penny & The Sausages practice is always a total joy.

For me, being in a covers band is essentially living the singing into a hairbrush dream. After 15 years of plodding along in bands that played original material, it's the ultimate guilty pleasure. No more do I need to stand in pubs playing noodly, noisy bobbins while the assembled crowd of twelve people (mostly the members of the other bands) stand and earnestly nod their heads. 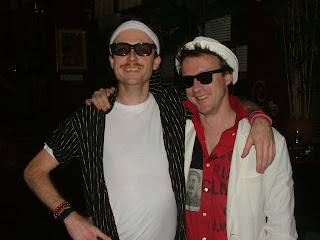 No longer. Now get to I play at weddings, village fetes, firemen's retirements parties, Aunty's birthdays, in Chinese restaurants and at foreign student parties where the support act sings the months of the year in German.

Gigs where people actually DANCE, sing along, and drunkenly fall at our feet screaming about how much fun they're having. Turns out you don't need to be in Take That for this to happen.

If ten years ago, somebody had asked me "where do you see yourself in ten years time?" I would never have thought to reply "soundtracking the welly-wanging at a family fun day in north Leeds". It's amazing. We honestly don't know where the Sausages will take us next, but I bloody hope, wherever it is, there's a decent tombola and a broad range of fairy cakes for 35p.

Thankyou Sausages, for spending your formative years toiling in "proper" bands in order to hone your skills in ludicrous on-stage banter, extensive rock posturing and bashing the bollocks out of your instruments. Without you, my life would be much less sparkly and amazing. 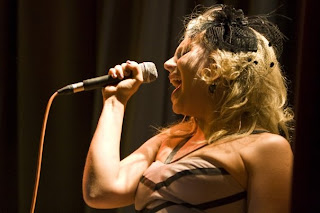