Let's face it, modern life is stressful, and other people are annoying. I'm sure we're all guilty of making the odd reactionary comment every now and again. It doesn't mean we necessarily want to be taken literally. "*insert middle-of-the-road-band* FANS ARE ALL IGNORANT PEOPLE WHO HATE MUSIC!" I'm sure I must have said a variation on this theme at least once a month for the last 15 years. Did I mean it in a literal sense? No, I did not. However, if somebody said this about a band I loved, would I be upset, in spite of being aware they didn't mean it in a literal sense? Maybe I would, just a bit. I'm starting to realise this now. 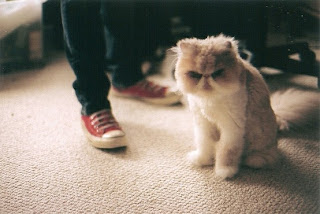 Generally speaking, I think I am getting more tolerant as I get older. I don't mind if you have a Keane album (even the new one), really I don't. It doesn't impact on my ability to buy the music I prefer -which, let's be honest, is probably just as bland. The only thing that's really starting to upset me as I get older? Other people getting annoyed. Not just mildly irritated, but actually full-on balls-out wrathful about the most mundane of things. Social media gives a platform for those inside-voice moments when somebody walks past with a brolly and pokes you in the side of the head with the sticky-out bit. "FUCKING BROLLY BASTARD!" you shout "I HOPE HE FALLS OVER AND IMPALES HIMSELF ON IT!" Well. What a cross person you are. 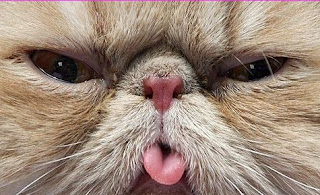 Maybe that's not the best example. I concede that inconsiderate people with umbrellas are a bit annoying, and I've definitely sworn myself blind over similar. And I also get that grumbling about a vague group of thoughtless people is sort of what social media is for, isn't it? Let it out, it's good for you. But what about when you say something that has the potential to get personal? There's a lot of shite on the internet (admittedly much of it accesible from Facebook/the Daily Mail homepage), and my timeline is often peppered with people having the screaming abdabs about stuff they've read online. "THIS MAKES ME WANT TO GOUGE OUT THE EYES OF THE PERSON WHO WROTE IT!" you scream "I WANT TO SHIT IN THEIR EARS!" Seriously. Do you really think this about another human being? I'm not even angry with you. I'm just really, really disappointed. 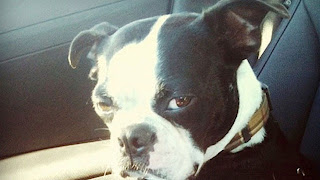 I know I'm not a completely innocent party here, but I'd like to feel like I try to be positive. To take a step back and think first before reacting.

Go and tickle a puppy. Smile at a stranger. Count your blessings.

And if you're still young and angry now, I promise you'll get sanctimonious and disapproving like me in a few years.  So there's always that to look forward to.
Posted by Penny at 07:00