I used to love long car journeys when I was little, staring out of the window and pretending another me was riding a horsie alongside. Neigh! Jump over the fence horsie! And the enormous power station cooling towers! I dimly remember hearing Blondie at a very young age, and definitely this song, which is appropriate because it's by the Cars, and when I first heard it I was in one:

At the age of 7 I was given my first Sony Walkman (scream!) a beautiful brick of a thing that smelled like the future. I had TWO cassettes for it.

One was a four-song compilation I sent off for with Weetabix tokens (featuring Aretha Franklin's latter day hit Who's Zoomin' Who - much underrated), and the second was a C60 with Bad on one side and Thriller on the other. This new Michael-Jackson-themed-soundtrack-to-imaginary horsie-riding quickly became threadbare through overplay on long journeys, probably because it was at this stage I started kicking back at the music being played on the communal car stereo.

Gary Puckett and the Union Gap's creepy hit Young Girl, Neil Diamond (who admittedly I now love) and anything by Dr Hook... these horrid AOR crooners suddenly took over thanks to a triple cassette compilation of Love Songs From The 70s bought by my stepdad on a camping trip to France in 1988. Thinking about some of those songs still makes me feel a little bit car-sick. I only removed my headphones for Queen Greatest Hits Vol 1 (and NOT Bohemian Rhapsody - which I thought was weird and vaguely satanic) and Brothers In Arms, which is still one of my favourite records of all time. Sorry about that. 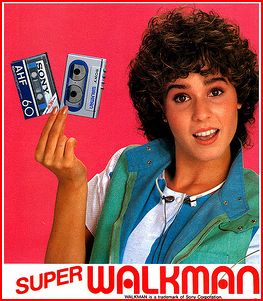 As time rolled on, my various parents had less opportunity to inflict their music taste on me (which is just as well, as a Chris DeBurgh phase was imminent). I tried to get into my Dad's blues tapes, having a sense that this was what I ought to be listening to, but at that age it was just too serious for me. I figured at this stage my parent's influence on my music taste was over. How wrong I was.

On a road-trip across the States in 1993, in which I was parcelled in the back of a maroon Oldsmobile (middle seat from Ontario to Florida - numb bum central) my mum suddenly de-closeted her secret love of country music. It seemed our proximity to the world famous Dolly Parton theme-park Dollywood was more than she could take. She put her foot down, rather stoically ignoring everyone else mocking her horrible taste, and off we went (I think this prompted another purchase at a petrol station, this time of country hits. No wonder I didn't know record shops existed until I was 12 - I thought everybody got their cassettes at Esso garages). 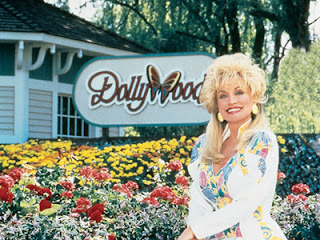 Well. We quickly desisted our sniggering- it turns out Dollywood is beyond great. Not only that, but the steady dripping of country music from that holiday continued when we got home and all of a sudden Glen Campbell and Tammy Wynette became family favourites to be hollered at top volume (changing the words of Galveston to the name of our village - Calverton - has ensured the song has lives on like a football chant in our collective memory). And Dolly! I've gone from sneering to being utterly besotted. I will always take my foam-padded headphones off for a bit of Apple Jack these days.

What songs do you remember listening to in the back of the car? What songs did you rebel with on your walkman? Am I really the only person who used to imagine they were riding an imaginary horsie? Really?
Posted by Penny at 07:00