4 year old Riley's rant about the pinkification of girl's toys has been all over the internet this week, and I love it. Her exasperation is heartening (and adorable), but I'm not sure the big producers are listening. Let's face it, we've heard a lot about the pink backlash in the news and online over the last few years, but we've yet to see it make a dent in the shops.

I don't think I realised quite how bad the princess-pushing was until my friends started to have children and I realised unisex presents are impossible to come by these days. Toys R Us looks like a glittery blancmange has exploded across half the shop. I was a bit of a tomboy as a child -the mere words "dress" and "doll" struck fear into my heart-  how do little girls like me fare these days? What choice do they really have?

Things I liked best as a child:

In the 1980s being a 7 year old liking this stuff didn't mean you were WEIRD or a traitor to your gender, it just meant you were a child (albeit a slightly geeky one). The chances of me being given inappropriately princessy gifts by clueless relatives were nil, I was more likely to get Playmobil or Lego (the latter of which is seen as boy's fare now, unless it's pink and involves a domestic scene) or heaven forbid, a BOOK. 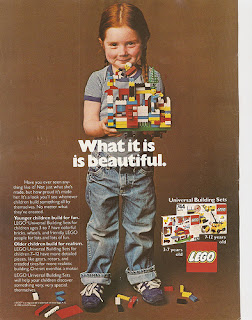 I hope this nonsense starts to bounce back the other way soon. Children should be allowed to be children, not shoved into the gender boxes they're already destined to spend their adulthoods stuck inside.

Hope you all had a lovely Christmas. Whether you got girlie gifts or software manuals (I got both) I'd like to think it was what your heart desired!
Posted by Penny at 07:00