Our book club is rad. I don't know why I keep evangelising about it to everybody, because I always worry that a new addition would upset our beautiful equilibrium and mean that there's less space on the sofa, so somebody will have to sit on the floor, and that person will be me. Although that might mean I'm nearer the snack table, which would be bearable.

BAA BAA book club (aka Books Are Awesome Books Are Awesome Book Club) was started three years ago by a pioneering tastemaker you may know better as me. There are currently six of us, and we meet every month and a bit. We used to talk about the book for about 10 minutes, and then eat food and talk about cats for the rest of the time, but since Liv joined the book talk has expanded to nearly half an hour (!). So we're not very intellectual. Or intellectual at all. We are definitely 66.6% MORE intellectual now Liv has joined, but that's still less intellectual than, say, the front page of Heat magazine. And we still talk about cats a lot. 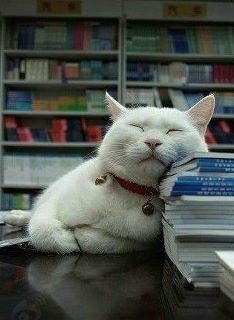 -We all get very excited about the snack food, and Sam always eats crisps and humous until he feels sick.

-We do marks out of 10, because that's what they do on Come Dine With Me

-There's normally some sort of exciting disagreement (generally between me and Katie, because she thinks Jilly Cooper is silly and I think reading science fiction is about as interesting as looking at a traffic bollard for the same amount of time)

-There's also invariably somebody who hasn't finished the book, or at least had to read the last 200 pages in the hour before book club, usually furtively, either on a bus or under the desk at work. Image
-We rarely read anything contemporary that anybody else would have a shred of interest in.

-Half of us appear to have some sort of English-related degree but nobody is a boring twunt about it.


-And best of all, I never thought I would feel clever enough to be in a book club, but I am in this one.

There truly is hope for everybody.

The Kiss Of The Spiderwoman next....