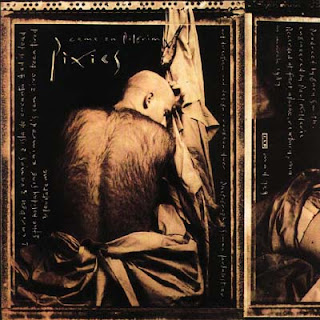 I imagine my listening to the Pixies for the first time must have felt a little bit like finding God. That this band had been there all along looking down on me, nodding sagely, because they knew my whole life was building up to unearthing their back catalogue. And hearing that music for the first time was truly a revelation, an epiphany, a life-changer. 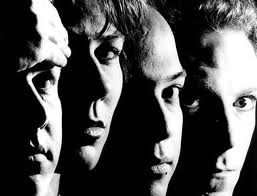 It was so easy it felt like cheating - I always thought that arty rock music should be harder work - less catchy, less silly, less simple. It was SO easy to like the Pixies - I knew I was going to love every bit of them, every b-side, every album. There wasn't this fear and trepidation that the next song would be inpenetrable (Sonic Youth) or a bit crap (Hole).  And they had a girl in them, a girl who seemed ordinary but was simultaneously the coolest person in the whole world. How did she do that?

To me, the Pixies still sound like nobody else. I know everyone says Nirvana ripped them off wholesale, and I think I'm the only person in the world who can't hear it. Maybe that's how I justified all the cod-flamenco punk rock songs I wrote and then peddled to my teenage indie bandmates (only I sang in French, due to not knowing any Spanish. It still felt exotic). Nobody really sounds like them. Not even me when I'm writing songs that sound exactly like them. 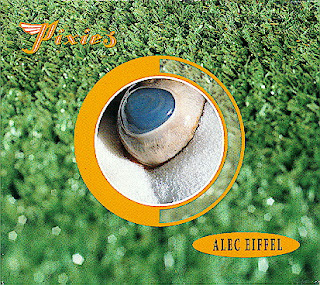 As I got older I started to meet people who would also dance to Debaser at indie discos, and I realised I wasn't the only one who held a gigantic flaming torch for Black Francis and co. In fact, I would say that the Pixies are the most universally loved and listened to band in spite of a lot of people not owning anything by them. They're everywhere - on adverts! And films and TV and everything. They are seamlessly ingrained in our collective cultural consciousness so that people who haven't even heard of them can't have escaped them. That pivotal reveal in Fight Club? Wouldn't have been the same without Where Is My Mind? playing in the background. 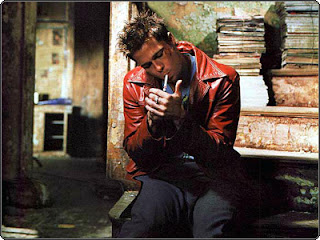 Your favourite Pixies album also says an awful lot about your psyche:

You only get one guess which is my favourite (clue: it's the best one)

Sam was actually Joey Santiago of the Pixies in the winning band at the Leeds punk rock Stars In Their Eyes one year (my Susannah Hoff of the Bangles was better - we were robbed, but that's another story) and we both hold a place in our heart for their music. Unfortunately there is very little appropriate for a first dance among the back catalogue (we toyed with Gigantic, but it's about  willies, I'm telling you, and our joint favourite song "Hey" just has too many references to whores).

The best lovey-dovey song really is this one....

...but it's just not their best. It's not even sung by Frank Black. We would have been selling our love of the Pixies down the river.

Maybe I should have changed my name to Allison.


All images: Pixiesmusic.com. Except for Brad.
Posted by Penny at 07:00