Deck The Halls With Elf & Gremlins 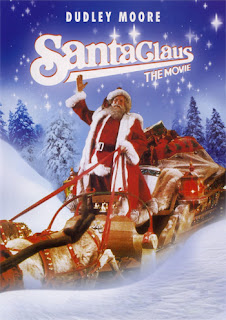 The fact that I am not feeling festive this year is directly proportional to the number of Christmas films I have FAILED to watch so far.

I peaked too early. I got excited and watched Elf in October. (Elf is my favourite Christmas film and I couldn't help it. We made mulled wine on my birthday weekend and it was the next logical step. And I was hungover and open to suggestion. It just happened)

Now everything else is paling in comparison. It's looking like I'm going to need an entire day of Christmas film watching to get me back in the mood. Just one film is not going to cut through the humbuggery of Nothing-Being-Elf-ness.

I'm going to need Miracle On 34th Street AND The Muppet Christmas Carol, back to back. The sappier the better, in fact why not throw in Nativity (recent, with Tim off the Office, more feelgood than a reindeer on a Christmas jumper), and Sam's favourite It's A Wonderful Life. I'm going to also need A Charlie Brown Christmas, Home Alone and possibly even the Snowman (although maybe I'll save that one for Christmas morning when I get up before everyone else - not much has changed since I was 8).

Sod it, I'm going to need those terrible films on the 24 hour Christmas movie channel.

On a drip. Straight into my brain.