My Mum was up a few weeks ago (hello Mum!) and we were out shopping for an appropriate birthday present for her friend's 13 year old daughter. I really had to wring out my poor brain to be honest. Teenager? What do they even look like these days? They probably have all these amazing new catch-phrases like "vom" and "blarty"and own gadgets I don't understand like i-Things and NanoSpongs. They probably say things to each other like "have you vommed the new NanoSpong? It's totally blarty". It was a strain to even think about it to be honest. I could feel myself getting less cool by the second.

Anyway. It did get me thinking about what kind of amazing present my teenage self would have loved to have been given by somebody older and wiser. Back in the stone age when grunge wasn't even retro, it just Was. And it would almost definitely, at that age, have been a CD.

I discovered these albums when I was 16 years old. 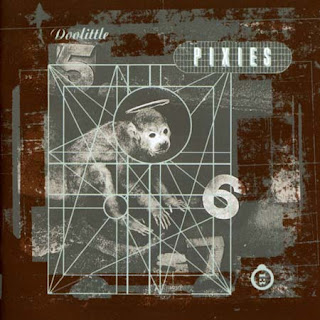 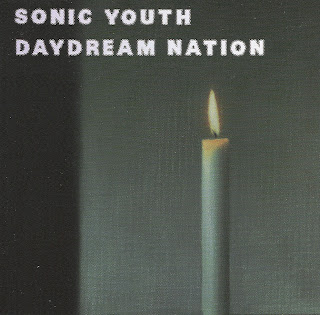 And they changed my life.


But just IMAGINE the heights of coolness I could have scaled if somebody had given them to me when I was 13. I would have been streets ahead of my peers. I would have discovered Black Flag and Fugazi much sooner. I wouldn't have even bothered playing (shhh) Menswear covers and bad self-penned pop punk in my school band, we would already have been onto thrash metal and mathy post rock. I would definitely have then moved to Olympia and joined Sleater-Kinney at 16, which would have given me just about enough time to get involved in the writing of Dig Me Out. Then the drummer Janet and I would have formed a splinter two-piece called Fozzie, and we would have toured with Huggy Bear and Mr Bungle in a sort of cuddly teddy themed tour, during which Mike Patton would fall in love with me, and obviously I would break his heart, move back to the UK and marry Sam from Dugong.

The power of a classic album.

Sadly, teenagers don't even know what CDs are anymore, and if you gave them an LP they'd probably think it was a trendy new hat. Somehow an iSpong voucher doesn't have quite the same ring.

Pity the teenagers of today! It's all gone to blarty vom.
Posted by Penny at 07:41