Us newlyweds went to see that Terrence Malick film last night. YOU KNOW. The Tree Of Life. The one that one the Palm D'Or at Cannes and has got 5 stars from every single film critic EVER.

Think it looks clever? Let me tell you it has a CGI dinosaur in it. OH YES.
We didn't actually intend to go and see it. We wanted to see the terrifying sounding Les Ojos De Julia (love Guillermo Del Toro, LOVE slow, creeping, atmospheric horror) but our favourite Leeds art house cinema cleared its entire programme for A WHOLE WEEK to play The Tree Of Life, because that's how good a film it is supposed to be.

Re-Re-Rewind back to 2007 when Sam and I were first starting to hang out as friends....

....insert wibbly lines a la Wayne's World at this point....

..it was at this time that Sam took it upon himself to educate me in all the films my mother never let me watch as a child. Robocop, Terminator, Buckaroo Banzai, and basically anything with Arnie in it that was 18 certificate.

We would eat Chinese food and watch these incredible 80's films that everyone said were terrible, but they were Sam's absolute favourites. At that point I was working in a television script department and obsessed with film and screenplay, how it worked, what made plot tick, what made characters leap off the screen. And what I learned about film-craft from watching all this.... well, it hands down beat all the high-brow arty stuff I was watching at the time. It was honest, unpretentious, the dialogue was insanely good and very, very funny. Action films in the 80s/early 90s were GREAT. I was amazed to find that I loved Sam's favourite films too. LOVED THEM. Still do. 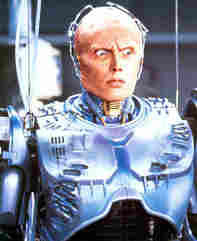 I have absolutely no idea why my mother wouldn't let me watch this. NONE.

At around about the same time, I was seeing this other guy who was...well... he was a bit of a dick. It was Bank Holiday weekend, and I knew Sam wasn't busy, and I kinda liked him, but I thought I'd better spend it with this dude - let's call him Mr Ponce - who I had already invested 6 weeks of my life in dating.

So Mr Ponce takes me to this pub (I never really got to pick any pub we went to: *warning klaxon sound*), and we have a few drinks, and we decide to pick up a DVD on the way home. Now, although I DO enjoy intellectual films, when I'm drunk, I can't concentrate on anything that doesn't have the words National and Lampoon in the title. So, I let Mr Ponce choose, but with the stipulation that it couldn't be ANYTHING heavy that would require concentration.

What do you think Mr Ponce chose? 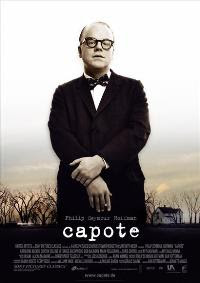 Which I am sure is excellent, but I wouldn't know as I drunkenly talked over the first half an hour and then promptly fell asleep.

And the next day I woke up knowing full well that Sam had sat at home watching this:

And I suddenly realised that what I'd need the night before was BEERFEST. Not just Beerfest, of course, what I really needed was Sam. Somebody I could actually be myself with, somebody who would never EVER bore me, somebody who was lovely and funny and didn't take himself even a bit seriously. Somebody who did what he wanted because he liked it, somebody who genuinely didn't give a toss what anybody thought.

So we're in the cinema last night watching this film, and I don't want to spoil it for you, in case you love Terrence Malick and you're off to see it tonight (in which case you will be VERY excited) but basically both Sam and I are sat there, intently trying to enjoy it because the other one is SO clearly very absorbed in all the impressionistic loveliness (and I know Sam is stubborn and doesn't like to waste an admission fee by walking out).

And all these people around us are getting up and leaving.

But we simultaneously think NO! I shall stay here with my spouse and try my hardest to enjoy this film. And by the end of the two and a half hours, unbeknownst to each other, we are both ready to gouge our own eyes out with the straw in our drinks carton, we have both attempted to properly go to sleep twice so as not to entirely waste the time spent sitting and staring at pretty pictures, but neither of us can because we both hate this film so much it has made us SO ANGRY that we can't even chill out enough to nod off.

We have actually both had the same thought that if somebody had given us all that money to make a film, and given us Brad Pitt and Sean Penn to be in it, and the stupendously talented supporting cast and director of photography, our own MOTHERS could have come up with a more engaging film.

Of course, only ever wanting to make the other one happy (soppy) neither of us said anything. And we sat through the whole bleeding lot, when we would have been far happier on the sofa rewatching the first series of Arrested Development.

The moral of the story is

1: Say it nicely, but always say what you want.

2: Don't go to see a film with no plot if you like plots.

4. My blog posts are getting BLOODY long. Sorry.

Have a great weekend.