Falling in love with your first band. It feels dangerous, euphoric, a little bit like you might throw up. Palms sweat, heart races, pupils dilate.

You write their name on your folder, on your bag in fabric paint, on your arm in French lessons. You write their lyrics in the margins. You try to imagine anything sounding more perfect, and you can't. You buy everything they ever did, even if they've only done two things and both on vinyl only and your record player doesn't have any speakers. You sit cross-legged by the turntable anyway, ear craned down to hear the sound of the needle hitting the wax. It sounds like fizzy heaven. 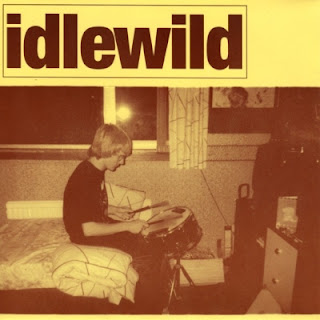 The first time I heard Chandelier by Idlewild, I fell in love.  When the Captain EP came out it sounded so perfect I could only imagine it had been forged in heaven. I'd always been into music, but I'd never realised that such a gorgeous noise was possible. The clouds parted. Angels sang. It was almost unbearably good. I became obsessed. I told everyone about them. I became a street preacher for this odd, noisy little Scottish band.

When they finally came to play in my hometown (third on the bill on a Midget headline tour) I stood eagerly at the front of a group of roughly ten people and watched Roddy Woomble flinging himself on the floor. "WOW" I thought. "WOW. This man does NOT give a shit. This is the coolest thing I have EVER seen". Then I took it upon myself to write a review of it for a free music paper, in my bid to spread the word about these revolutionaries. I had to post it, IN THE ACTUAL POST, because that's how long ago we're talking.

The review got printed. "Idlewood At Rock City!" it said. I was furious. 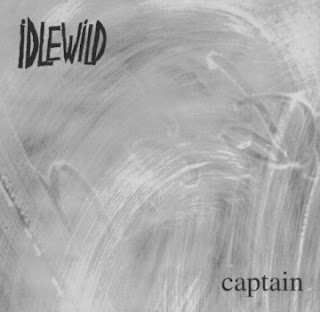 I don't think anything will ever top the feeling of discovery I felt when I found Idlewild during their "flight of stairs falling down a flight of stairs" phase. No band has really matched it since.... not even Idlewild themselves (I promptly got bored when they finally got round to releasing their first album, and ever since they've just sounded more and more like REM, shame).

I sometimes wonder if my fascination with all new music is just me chasing the Idlewild dragon. I don't think I'll ever match the buzz of that incendiary first time. But still I always click play on the next Soundcloud clip. Just in case. Just in case.
Posted by Penny at 07:00