I realise I have recently been straying from my remit with the old First Dance Fridays, so today I am going to pick a song you might actually choose for your first dance.

There's a horrid trend for whispery girlie acoustic music at the moment. You can't turn on your telly without a fey indie version of something-or-other clogging up your ears (cough-John Lewis advert-cough). But there was a time when you didn't have to be a model/fashion blogger/in an art collective in LA before you were allowed to splurge your musical talents all over the listening public. There really was! 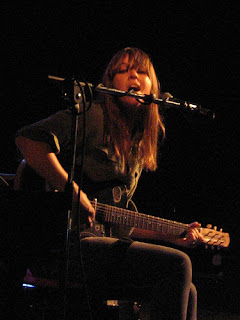 Chan Marshall (proper name) has been sitting on a stage singing to her guitar for almost 20 years as Cat Power, and I think she's still one of the best in the game. I fell in love with her 1998 album Moonpix when I was a teenager, enchanted by her plaintive delivery and haunting, soulful songs. Around this time, I went to see her at Reading festival, in a tiny tent. She was drowned out by people talking. Turn up your guitar, missy! I thought. Tell 'em to shut up! But she didn't, and it was shit. I went home that summer thinking "well, if she's so awesome and she still flopped, why don't I have a go?"

A year and a bit later, with an acoustic guitar, a 1-octave keyboard that came free with some petrol and a load of weird Moog effects we found on the internet, I recorded some songs as The Oubliette. There weren't many girls-and-their-guitars going on at that time, so I had the advantage of being a new prospect on a scene saturated with spotty boys playing punk rock. Hence, the EP got nice reviews in a few paper-things you won't have heard of, leading me to pluck up the courage to play some live gigs locally, and then around the country. This bumbled on for a few years, during which I met some heroes and generally accumulated some stories to tell the grandchildren. It was good. It culminated with an ace mini-tour involving a temporary backing band made up of some really terrific musicians - Stick (who is now in Hawkeyes), Alvin (who is in DuD and studying to become a doctor of drums) and the lovely Chris who is still in the same band as me (but the bass player from Sparks complimented his skills at our last gig - so, you know, he shreds). 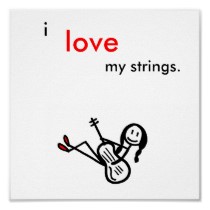 And then, after the tour, I gave up. Because I liked being with other people, and I didn't like being back on my own again. I have a role in a band, I know who I am. When I'm on my own it's a bit horrible to be honest. It's a long way to travel to gigs by yourself. It's a lot of yourself to put on the line in front of other people who are quite often talking (turns out telling people to "shut the fuck up" in the middle of a song can be construed as being stroppy- who knew?), playing on their phones and generally moaning about how many boring girls with acoustic guitars there are these days. And by 2004 there were, they were every-bloody-where.

Over a decade later, Cat Power is still pretty much the best one. Turns out what she does is NOT that easy after all. This is a beautiful, romantic song, and would make an amazing first dance.

EDIT: If you haven't seen my first music review column for the gorgeous lifestyle blog Florence Finds, go check it out now, fool!
Posted by Penny at 07:00