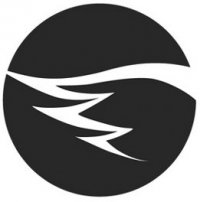 One of my favourite things about Leeds is its behemoth of a film festival. Two and a half weeks of strange, beautiful and amazing films, and as usual this year I can only go to a handful of showings. This means I pour over the programme like Charlie Bucket in a sweet shop, trying to decide where best to stake my money - which is actually kind of fun, and a bit of an art. I am also lucky that Sam is too lazy to do the same, so I’ve ended up picking all of our films again this year.

Generally I manage to get away with only one dud. Last year it was Uruguayan horror “The Silent House” which started out brilliantly creepy, but had a disappointing fart of an ending. We also took in the crazy French  “Panique Au Village” which had us rolling in the aisles, and the droll, brilliant Norwegian film “The Art Of Negative Thinking” which was probably the best thing I saw last year full stop. 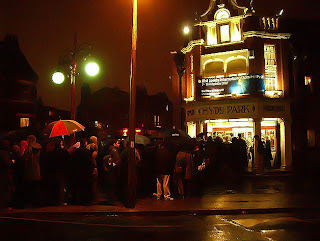 This year we’ve already seen absurd Japanese comedy “Mitsuko Delivers”, which I loved, and "Kill Me Please", a French black comedy, which I didn't enjoy as much as everyone else (hoping this is my annual damp squib over and done with). We're yet to see the bizarre musical detective caper “The Sound Of Noise” at the Leeds Town Hall, which is where we got married earlier this year. I'm very excited about seeing a film at this venue, no idea how I've avoided it for so long.

Every year I come away from the film festival with a sense of relief that there is so much talent in the world that manages to exist and thrive far away from the vacant, bloated, white-sequin-jumpsuited monster that is Hollywood. Every year I feel inspired by what I’ve seen, and it makes me want to go away and make something brilliant. 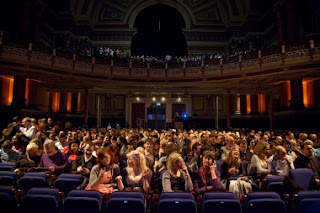 I'm also wowed by Sam's ability to eat all of his sweets before the film starts. Every single time.
Posted by Penny at 14:08