How To Make Flavoured Vokda With Tuckshop Flavoured Sweets Part 2

Remember when we did this before?

Since making the spectacular Refreshers vodka earlier in the year, I have been busy in my laboratory, all George's Marvellous Medicine-like. I am delighted (slurs words) to report my most successful experiment by far has been with these little fellas.... 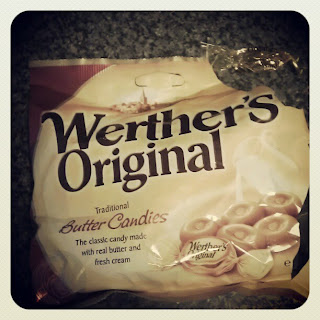 People, Werther's Original vodka is the absolute bomb-diggedy. It is like some kind of kamikaze Bailey's, both delicious and lethal in equal measure. It whispers seductively in your ear, and then clobbers you over the head when you're not looking. I used 2/3rds of a large bag for 50cl vodka and it seemed about right, but it's worth adding slowly, as too many and it would quickly become undrinkably sweet.

Less successful attempts involved Fry's Chocolate Cream (melted in a bain marie before slowly adding in the vodka, then freezing) and Rhubarb & Custard. The chocolate cream was a bit too much like cold hot chocolate for me, although Sam loved it. I think a different chocolate bar, maybe used as a component part of a cocktail might be worth the effort. The Rhubarb & Custard just tasted acidic and weird.... more like oranges than rhubarb or custard. I'm not sure if I did something wrong as other people seem to have had success with it. 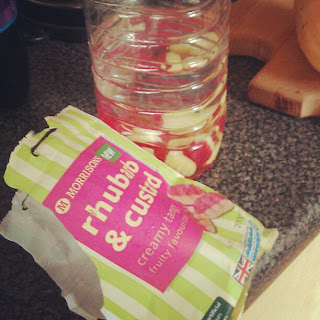 Like a good scientist, I shall forge forwards with my experiment, with jelly babies and liquorice next up. In the meantime, I'm delighted to report that Gordon at candybooze.com (that's a whole blog dedicated to putting sweets into alcohol and seeing what happens)  has actually made CAMPINO VODKA! Just for you, Roz.
Posted by Penny at 07:00