Slightly uncharacteristic things I have done in the last few days:

-Listened to the new Justin Bieber album
-Finished reading Fifty Shades Of Grey
-Watched Big Brother SO religiously that if it ever did become a religion I'd be really religious and totally getting into heaven or something. 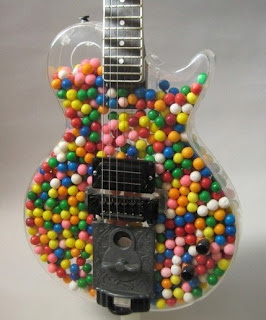 I know it seems all flimsy and rubbishy, like candy-floss for the brain. But come on - isn't it a bit old fashioned to get sniffy about pop culture? Some of this stuff really does have value. Isn't it important to know what the world around you is consuming? And if at least part of it's decent*, does it really matter where it came from, that it was mass produced or cynically marketed? Do boring girls need to bleat on about it on their blogs and pretend they're not making excuses for liking this stuff simply because they can't muster the energy to be ironic about it any more?

(I'm too old for irony now, by the way, if you hadn't noticed. It takes far too much effort. I'd rather have a nice pair of slippers)

We're all a bit guilty of being snooty about things though - regardless of whether you're being snooty about the X Factor or an Instagrammed picture of hipsters standing in a field wearing animal masks. We all judge. It's an inevitable byproduct of being bombarded with so much stuff that we develop a kind of this-is-good/ this-is-bad filtering system. It stops our brains from blowing up.

It's easier to navigate modern life if you have a little sticker by which you may recognise the things you are supposed to enjoy, and a little sticker for the things which you will probably dislike.  What colour sticker will you give the new Cheryl Cole album? The new Wes Anderson film? The latest flavour of Blur-endorsed cheese? Flatform (sic) shoes? Charlie Brooker's new column? Hilary Duff's baby weight? Knitting holidays? Navy being back in style? Jelly as art? Spencer off Made In Chelsea being the new Bachelor**? You don't need to try any of these things to know which sticker you will give them.

Because it would be tiring to go through everything and try it to see if you like it.

THIS SONG IS GOOD:

*by decent, in the case of Fifty Shades Of Grey, I obviously mean indecent. But not as indecent as the publishers would have you think. And not as terrible as everybody who hasn't read it thinks. Although not in the least bit brilliant either.