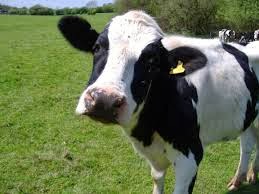 So the first eight weeks of having a baby were a little bit bumpy. Thing is, even if you KNOW in your heart of hearts that something isn't right, it's very difficult to get anybody to listen to you  when you've got your pants on back to front and haven't brushed your hair since April. "Is this your first baby? AH! All babies cry! They do! Yes, a lot! Babies wake up in the night! Yes, a lot! He will grow out of it! Don't worry your silly head." SUBTEXT - stupid first time mother, go home and man up.

On some days E would cry for more hours than he slept. In the end I videoed him screaming inconsolably (he invariably shut up the second we went into the doctor's surgery) and kept a log of his behaviour. It still took a fifth opinion before a GP suggested it might be a lactose issue, which lead me to do my own research and start wondering if it might be a cow's milk protein intolerance.

I dropped dairy and soy from my diet. Within a few days there was improvement, by ten days my baby was noticeably more settled. By two weeks it was like somebody had swapped him for a different baby altogether. He jumped from the 25th to the 50th centile on his growth chart. 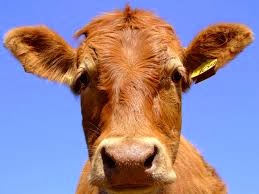 I think you get into a sort of blitz mentality when you have a newborn. You just do whatever you need to do to get through. Looking back I realise how I swallowed a lot of the guilt and emotion that came along with all this, and that it keeps popping up in odd places every now and again.

I recognise now that I still feel angry with myself for inadvertently hurting my tiny, helpless baby. Look, I know it wasn't my fault, and that I fixed it, but it's hardwired in me to protect him and for those first few vulnerable weeks, unknowingly, I did quite the opposite. I wondered if I'd been selfish to carry on breastfeeding - especially when the GP recommended giving him formula to ensure he had a food source that was allergen free. I've been strict with myself, but even now when he has a bad night, I wonder if it was something I've eaten unknowingly. The couple of times I've slipped up - although they have served to prove that soy and dairy are the issues - have been unbearable. And now the second I'm taken out of control of the food I'm eating, I get horribly paranoid. Is that sauce really dairy free? Do those vegetables really not have butter on them? They're kind of shiny.... I'll always go without rather than risk it. I know it's not forever, but for now, it is often challenging. 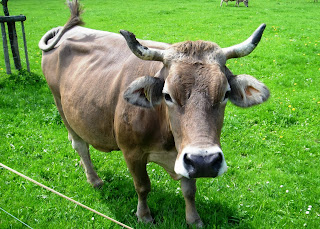 Luckily at home we're used to fussy diets. My husband is a vegan, so I'm already well-versed in products that sneak whey in where you're least expecting it. He gets his protein from soy though, so most nights I make two versions of the same meal so we don't drop apart from malnutrition. Not ideal when you have a newborn, but has made me the world's fastest cook. And I have so many recipes that you can put sausages in at the end. Also -Boot's chewable calcium supplements. They taste like vanilla sweets. Amazing.


So now we're coming up to 19 weeks, with a happy, healthy, energetic little boy. The diet thing can definitely be done, although I'm still taking each day as it comes. I wish there had been more information out there for me in those early weeks - as many as 2% of babies experience some form of dairy intolerance, and a lot of those go undiagnosed for months. I can't imagine how I would feel now if I'd listened to those doctors and gone home and put up with it. For weeks I felt on the verge of depression - convinced I was imagining everything and that motherhood was a joyless, murderous trudge that everyone else was able to just get on with. As it turned out, there actually was a happy baby underneath it all.