On Tuesday night I went to the pub quiz with Laura, Sam and Bedders.

I still have a Pavlovian reaction to general knowledge tests. I get excited. This is because I think I'm good at them, because I was a know-it-all at school. Truth is, I DID know it all at school. I vividly remember, at the age of 5 years old, correcting my primary school teacher's spelling of Tyrannosaurus Rex. It only got worse from there on in. I was a horrible, precocious nightmare, and if you knew me as a child, I'm very sorry. I can only assure you that my brain has rotted since, and at the ripe old age of 31, my IQ is now comparable to a tin of mushy peas.

When it comes to the nitty gritty of a pub quiz, and the glittering prize of a £20 beer voucher (redeemable in the next 7 days only), I flounder in the face of trivia. 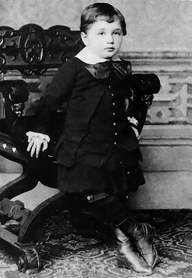 I don't know what it is - I just don't seem to be able to retain useless information anymore. Maybe my mind is on higher things, maybe I'm stressed, maybe I don't care enough about sport or current affairs to be much use on the broad spectrum of topics that comprise most pub quizzes.

My only saving grace is the music round, which disappointingly is also the forte of pretty much everybody else I go to the pub with, so there's little glory to be had there. I was very pleased with my identification of Fleetwood Mac's Tusk from a verbal description of the album cover, but I know for a fact that I only got there first because Sam was in the loo.  And I'm only ever really covering music from 1975-2012 (n.i Emma Bunton's cover of Sunshine On A Rainy Day, apparently. Did anyone else blink and miss that?).

The last few times I've been to the quiz at the West End, we have been whipped to within an inch of our lives - last night we only got just over half marks,  and I think that's still an improvement on recent visits. There were long faces when the winners were announced, with their impossibly high scores.

But then - almost in slow motion - the quizmaster declared "The Brussel Sprouts" the winners of the guess-the-year tie-break and a £5 beer voucher (also redeemable within 7 days).

Now we can say we won the pub quiz, and it's only a little bit of a lie.

Do you like pub quizzes? Know of any in Leeds that are easier than this one?